The world is urbanizing very rapidly, particularly in areas that have limited financial resources but are rich in biodiversity. SwedBio collaborates with international partners to contribute to poverty alleviation and building resilience of the urban poor.

According to the Cities and Biodiversity Outlook (CBO) – the world’s first scientific assessment of global urbanization trends and the role of biodiversity and ecosystem-based management for human well-being – 70 percent of the world’s population is expected to become urban by 2050. The growth is expected to take place mainly in areas that currently have limited financial, infrastructural and knowledge resources, but that are rich in biodiversity.

The rapid urbanization will pose significant challenges to meeting several basic needs such as food and fresh water provisioning, and to supporting development built on equity, sustainable resource consumption and rich biodiversity.

A video presenting the framework of the Cities Biodiversity Outlook, produced by Stockholm Resilience Centre and the Secretariat of the Convention on Biological Diversity.

At the same time, there are unprecedented opportunities for ‘greening’, innovation and joint collaboration among local governments, planners, scientists, developers, politicians, and civil society such as local citizens’ organisations and NGOs. Cities are hubs for change – knowledge, innovations, human and financial resources for development of solutions are in plentiful supply.

The CBO concludes that more than 60 percent of the area projected to be urban in 2030 has yet to be built. This is a big challenge but also a big opportunity – there is so much that could be done in integrating ecological knowledge in the future design of urban landscapes. The CBO argues that cities have a large potential to generate innovation and governance tools, and therefore can and must take the lead in sustainable development.

But this work cannot be done by local governments and local authorities alone. One important conclusion in the CBO project is that successful management of biodiversity and ecosystem services must be based on multi-scale, multi-sectoral and multi-stakeholder involvement.

Africa is urbanizing more rapidly than any other continent

Africa is the world’s most rapidly urbanizing continent, with current estimations showing a 700 percent increase in urban land cover over the period 2000-2030.

The Urban Natural Assets for Africa programme (2014-2015) with SwedBio partner ICLEI’s Cities Biodiversity Center was designed to improve human well-being, contribute to poverty alleviation and building resilience of the urban poor in Sub-Saharan cities in Africa, through building local government capacity to enhance local implementation of the Aichi Biodiversity targets.

The UNA Africa project helped to foster greater awareness and a deeper understanding of the unique challenges faced by cities in sub-Saharan Africa regarding natural resource management. It laid the foundation for longer-term engagement in each of the project cities. The work conducted in the UNA Africa project cities assisted in identifying instrumental partners and key stakeholders, and highlighted important focus areas for deeper engagement around urban river systems in each city. As a result of the UNA Africa project’s foundational work, a four year programme called Urban Natural Assets for Africa: Rivers for Life was designed, which will run from 2016-2019, and will form part of ICLEI Africa’s flagship biodiversity projects and programmes. The UNA: Rivers for Life project will aim to mainstream biodiversity and ecosystem services into land use planning and local government decision-making processes around urban river systems, through better coordination and community-based activation, contributing to strengthened sustainability and resilience at the local level, enhancing human well-being and contributing to poverty alleviation. Target cities are Dar es Salaam (Tanzania), Lilongwe (Malawi) and Addis Ababa (Ethiopia). 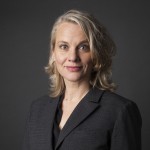 Indigenous and local knowledge in IPBES & Traditional Knowledge in the CBD

Knowledge that is embedded within indigenous and local communities contributes a wealth of insights about the governance and management of vast areas that are rich in biodiversity, all over the world. Ensuring contributions from diverse knowledge systems are included in...  Read more »

Africa is the world’s most rapidly urbanizing continent. Between 2000 and 2030 the urban population will more than double and the urban area will increase by more than 700 percent. The Urban Natural Assets for Africa programme with SwedBio partner, ICLEI’s Cities...  Read more »