Sustainable development policies and actions need to be even more emphasized in the light of climate change. Biodiversity and ecosystem services have a key role and potential in mitigation and adaptation to climate change.

Food security is an increasing challenge, for example in Africa, where already most of the world’s undernourished people live. The Intergovernmental Panel on Climate Change (IPCC) predicts that changes in rainfall patterns and rising temperatures in some countries in Africa may lead up to a 50 per cent reduction in yields from rain fed agriculture by 2020.[i] There is an increasing demand for land from the production of cash crops like biofuels instead of food.

An additional threat to food security is that agricultural land is subjected being “grabbed” (bought/leased) by countries or companies. It is important to emphasize pro-poor solutions that consider both social and equity aspects when working with the linkages to climate change. The poorest countries and the poorest people are most vulnerable to the effects of climate change. Changes in climate have an impact on biodiversity and therefore also on the ecosystem’s ability to deliver goods and services for human well-being. Consequently, sustaining biological diversity and ecosystem services is important both in our efforts to deal with climate change and to reach the Sustainable Development Goals. Such measures are, in other words, both cost-effective and have the capacity to create many potential positive synergies.

More than one third of all greenhouse gas emissions are related to agriculture and forestry. The contribution from deforestation alone is approximately 20 percent (more than the entire transport sector which contributes about 14 percent). Reducing deforestation is a cost-effective way of reducing CO2 emissions. Sound management of biodiversity and ecosystem services is often a highly cost-effective way to adapt to climatic change. Healthy functioning ecosystems that can provide ecosystem services essential for human well-being, e.g. water regulation, pollination and erosion control, and are a prerequisite to effective adaptation to climate change. Examples include:

SwedBio will collaborates with partners to emphasise the role of biodiversity, ecosystems and resilience perspectives in climate adaptation and mitigation with the focus on disadvantaged groups to contribute to a sustainable poverty alleviation and risk reduction. 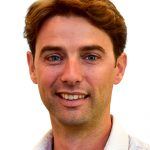 SwedBio, with the Secretariat of the Convention on Biological Diversity (CBD) and local partners, are running a series of regional dialogue seminars and field visits on nature-based solutions to address climate change. The dialogues aim to raise awareness, capacity and...  Read more »