Ellika Hermansson is a Senior Adviser for the SwedBio programme at SRC. Ellika is focusing on urban challenges and opportunities in developing countries and is the programme officer for SwedBio’s collaborative programme Urban Natural Assets for Africa, which is led by SwedBio’s partner ICLEI Cities Biodiversity Center. Ellika is an active “UNA Africa” team member and contributes to the multi-actor dialogues and collaborative work in the seven target cities: Dar es Salaam (Tanzania), Addis Ababa (Ethiopia), Lilongwe (Malawi), Kampala and Entebbe (Uganda), and Quelimane and Nacala (Mocambique).

As part of her work on urban issues in developing countries she has participated and presented at a number of international conferences such as the Resilient Cities 2016 Conference; the UN Habitat III Conference; COP12, COP13 and COP14 to the UN Convention on Biological Diversity; the 4th, 5th and 6th Global Biodiversity Summit of Local and Subnational Governments; the Local Climate Solutions for Africa 2017 Congress; and the URBIO 2018 Conference on Urban Biodiversity and Food Security.

In 2013 Ellika organised the Medellín Dialogue together with SwedBio colleagues and the Humboldt Institute in Colombia, with support from the Environment Ministries of Colombia and Sweden. It was a multi-actor dialogue on integrating social-ecological resilience into the proposed Sustainable Development Goals.

Ellika headed the communications team at SRC for five years (2007-2012), coordinated the media launch of the Nature article on Planetary Boundaries in 2009, and was part of organising the Resilience 2008 Conference and the 3rd Nobel Laureate Symposium in 2011. Before joining the SRC, Ellika worked ten years as press secretary, communications officer and campaign leader within large international and national environmental NGOs. 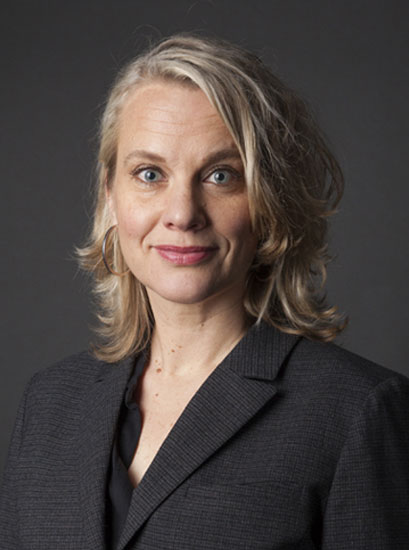