In order to achieve the urgently needed transformations, societal values and behaviours such as production and consumption patterns, human population trends, trade, technological innovations and local through global governance, which are the indirect drivers of biodiversity loss, have to be addressed. This is why SwedBio has a strong emphasis on values and governance as the base in all its themes actions.

Thee IPBES Global Assessment concludes that the 2050 Vision on people living in harmony with nature can only be achieved by addressing the drivers of biodiversity loss, including through transformative changes in society and economies. These transformations are more likely when efforts are directed at key leverage points, which can yield exceptionally large effects, such as resolving inequalities, justice and inclusion in conservation – specifically through inclusive decision-making, fair and equitable sharing of benefits, and adherence to human rights in conservation decisions.

The ecosystem approach has been the basic framework for assisting governments, Indigenous peoples and local communities, resource managers, the private sector and other actors in the implementation of the CBD. The ecosystem approach principles describe how ecosystems contribute to and maintain cultures, societies and communities, and how nature and culture are interdependent. They highlight the importance of having supportive policies, laws, and institutions in place at all levels of governance and effective linkages between these levels, as well as to enable full public participation in biodiversity decision-making, including the preparation of plans and projects, to best ensure ecological and socio-economic sustainability.

Weaving a rights-based and an ecosystem-based approach in the post-2020 Global Biodiversity Framework would increase the opportunities for biodiversity to be conserved and sustainably used. It would mean the development of synergistic mechanisms through which states and society can solve resource conflicts and protect biodiversity while upholding the needs of people and the fulfilment of substantive human rights (e.g. rights to land, food, a clean environment), as well as procedural rights such as meaningful consultation, representation during biodiversity-related decision making, access to courts, and access to information. Such an approach would provide, among other benefits, a key avenue for conservation and sustainable use of biodiversity to be included in policy and strategic planning in sectors such as agriculture, forestry, fishery, mining, health, energy, industry and infrastructure.

Rights-based and ecosystem-based approaches also provide a foundation for transforming the conservation paradigm and enabling local people and conservation organisations to be strategic allies, rather than be set in opposition to each other. Conservation agencies, whether government agencies, Non-Governmental Organisations (NGOs) or their funders, and local communities who depend on ecosystems for their lives and livelihoods share the common aim of safeguarding biological and cultural diversity for present and future generations. The CBD voluntary guidelines on safeguards in biodiversity financing mechanisms, which explicitly refer to human rights treaties, was adopted at COP12.

While these approaches are used in an increasing number of conservation organisation policies, much still remains to be done on the ground to fully respect Indigenous peoples and local communities’ rights and to support their collective actions contributing to conservation and sustainable use of biodiversity.

Large investments have been made in conservation projects during the past decades. While some have worked well for nature and people, there are many cases where they have violated the rights of Indigenous peoples and local communities, and not helped biodiversity either. Gender equality is embedded in the vision of a clean, safe and healthy environment. The rights of youth, children and future generations are also fundamental in a rights-based approach.

Over time, SwedBio has contributed to the development of appropriate biodiversity financing mechanisms, and their safeguards, through dialogues such as the Quito dialogues, valuation measures, such as the dialogue seminar in Guatemala on the assessment of collective action of indigenous peoples and local communities in biodiversity conservation and participation in global processes such as the High-Level Panel on Global Assessment of Resources for Implementing the Strategic Plan for Biodiversity 2011-2020 under CBD. SwedBio has also contributed through support to partners working on legal preparedness in developing countries, and to development of metric for making the value of biodiversity and ecosystem services visible; and to sector integration and mainstreaming.

SwedBio has also contributed to the IPBES process on diverse conceptualisation of values, and to the continued work on biodiversity financing safeguards under the CBD.

More about the Quito dialogue

SCIENTIFIC ARTICLE: Purposes and degrees of commodification: Economic instruments for biodiversity and ecosystem services need not rely on markets or monetary valuation 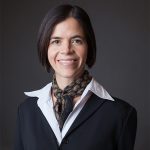