Women fishers make up nearly half of the workers in small-scale fisheries, yet receive little recognition. SwedBio is working with partners to help address gender inequality in scale fisheries, seaweed farming, and aquaculture.

Small-scale fisheries (SSF) are a way of life. It is part of culture, traditions, and identity. It is an activity that is diverse, dynamic, uses basic technologies, and is often connected to local communities. Many small-scale fishers are self-employed, and according to the Food and Agriculture Organization of the United Nations’ (FAO), in the least developed countries, SSF contributes to half of all fish catch. From this half, 90–95% is for human consumption, which is crucial for food security and nutrition for many people living in poverty.

FAO also estimates that women make up 47% of those involved in SSF, creating around 56 million jobs along the value chain. Women engage in different activities – they fish, collect shellfish, mend nets, and are involved in post-harvest activities, such as processing, smoking, drying, salting, and marketing. Similarly, women also play a crucial role when it comes to seaweed farming and coastal aquaculture, yet receive little recognition for their work.

Despite the critical role of women in SSF, there are substantial gender inequalities, minimal recognition, and they have little or no decision-making power. They are nearly half the driving force of SFF, yet their essential role is far too often invisible.

In all of SwedBio’s work, gender equality is an important cross-cutting perspective. The marine portfolio is no different. Some partner’s projects focus on improving rights, participation in decision-making, and livelihoods of women in SSF, seaweed farming, and aquaculture.

Women in SSF and their value chains

SSF are typically downplayed in international discussions, despite their key role in several developing countries’ economies. According to FAO (2005), SSF make a vital contribution to economic growth at national levels, and are important for rural local economies. However, the actual contribution of SSF to national economies is likely greater, as informal contributions, especially those from women, are commonplace.

Women’s work in SSF, aquaculture, and seaweed farming lacks public recognition, which often keeps them away from decision-making. Women can rarely access formal credit opportunities or technology, which could allow them to sell their products for more.

SSF traders, usually a role held by men, have more access and negotiating power on how fish get from the water to market, or from processing facilities, which are often women’s homes. Those traders, also known as middlemen, can impose lower prices on fish bought from women, while being able to sell these same purchased fish for more as they have access to basic technology, like freezers or financial capital.

Gender as a focus in SwedBio’s marine work

Working with SSF and focusing on gender equality, SwedBio has seen some positive results from partners, and are expecting similar results from new partners.

WorldFish
SwedBio’s partnership with WorldFish, in the Solomons Islands and East Timor, works with a gender transformative approach and participatory livelihood enhancement approach to transform harmful or inequitable gender and social norms and power imbalances between women, men, girls, and boys. The project builds on social and gender analyses to better understand and ensure that any development interventions promote equity in both participation and access to benefits.

This partnership has been ongoing since 2016, and significant improvements in communities are evident. For instance, the establishment of a women’s group fish restaurant, acquisition of community freezers for stocking their fish, better marketing of their products, and their products reaching more distant areas. One group has even been able to negotiate selling their fish in supermarkets.

Gender in Aquaculture and Fisheries Section of the Asian Fisheries Society (GAFs)
SwedBio’s partnership with GAFs in Kenya and India will support dialogues in gender and coastal aquaculture in the seaweed value chain. The aim is to bring together coastal groups, industry, government policymakers, and NGOs for dialogues that expand policy boundaries for environmentally sustainable, socially, economically just coastal aquaculture.

As a result of these dialogues, SwedBio’s and its partners expect to have a more gender-equitable value-chain governance and performance, better policies that result in gender inclusion, as well as improved implementation in policy and best practices.

Sustainable Development Fund (SDF)
SwedBio´s collaboration with the SDF in Thailand also has a gender focus. With SwedBio’s support, they aim to strengthen evidence-based advocacy for gender mainstreaming and gender justice in SSF and coastal aquaculture in South and Southeast Asia. The project is implemented in coastal communities in India, Bangladesh, and Thailand, along with local organizations, Coast (Coastal Association for Social Transformation), and LAW (Legal Aid to Women Trust).

Different actors, including a diverse group of SSF women, are expected to participate and discuss the impacts of coastal aquaculture promotion and Blue Economy initiatives on small-scale women’s livelihood and rights, nationally, but also regionally. Furthermore, this partnership will help either form or enhance already existing national women´s coalition in each of the countries the project is implemented. The coalition will work to influence local policies.

SwedBio will continue to support organisations that help with sustainable small-scale fisheries in the context of food security and poverty eradication, particularly those promoting gender equality. 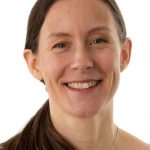 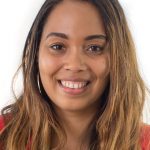