On World Cities Day, October 31, 2019, an informal waste dumping site in Addis Ababa was re-opened as an urban park and a space where the local community can spend time in nature. Minecraft, a popular video game, was used to redesign this run-down public open space as part of a larger project funded by SwedBio.

The Ras Mekkonnen urban park in Addis Ababa, Ethiopia, wasn’t always this lush. In fact, residents of the neighbourhood regularly used it as an informal dumping site. As more and more people discarded their waste here, the small river running through the site, a tributary of the Shega River, became increasingly overgrown and inaccessible resulting in a derelict, run-down space in an otherwise vibrant urban area.

A recent collaboration between UN-Habitat, the Addis Ababa City Administration, and the SwedBio funded Urban Natural Assets: Rivers for Life project led by ICLEI Cities Biodiversity Center, breathed new life into the dilapidated site by focusing on the river. The river tributaries were uncovered, trees were planted, gabions were built to prevent erosion, as well as a playground, lawns, benches, bins, and a bike lane. The old beautiful fountain was renovated and a solar light system installed in the main plaza.

By using a workshop methodology developed by UN-Habitat involving the computer game Minecraft, the collaborators managed to get a diverse local community, including women and youth, involved in redesigning this public open space. A four-day workshop was held where city officials and community stakeholders were briefed about the importance of biodiversity and ecosystem services for human well-being, and invited to think creatively and outside the constraints of the current site. By the end of the workshop, 12 designs in Minecraft were submitted to the Addis Ababa City Administration and they formed the basis of the final design for the site.

“According to our local partners, women with children and youth nearby, have started coming to the park, and the greenery management and administration activity have provided job opportunities to those living in the area. This has been very positive and needed,” Ellika Hermansson Török at SwedBio explains. 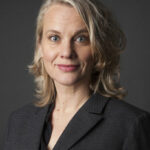